Today we are going to tell you about Top 10 Earbuds under 2k in India (Best Earbuds Under 2000).

Technology is getting advanced day by day. People first had to go to the songwriter to enjoy the music, then they could record and listen to it later. Then came the loudspeaker, through which thousands of people could listen together.

Then came radio, in which popular songs were broadcast. And lastly, smartphones that come with headphones and earphones, through which you can listen to your favorite songs from anywhere without disturbing anyone.

But headphones and earphones have a problem. It has a wire that you connect with your smart phone, and then ear it with an ear phone or headphones. That wire often gets tangled, and the headphones are also quite heavy. Which makes it very difficult to take him anywhere with you.

Wireless headphones and earphones were introduced to solve this problem. But he was also overweight. Because of which carrying them was still a problem.

Earbuds were created to solve all these problems. In which there is neither any wire nor its weight is high. It connects to your smartphone via Bluetooth. And then you can enjoy your favorite songs, or whatever you want to do.

Top 10 Earbuds Under 2K in India is available on : Amazon 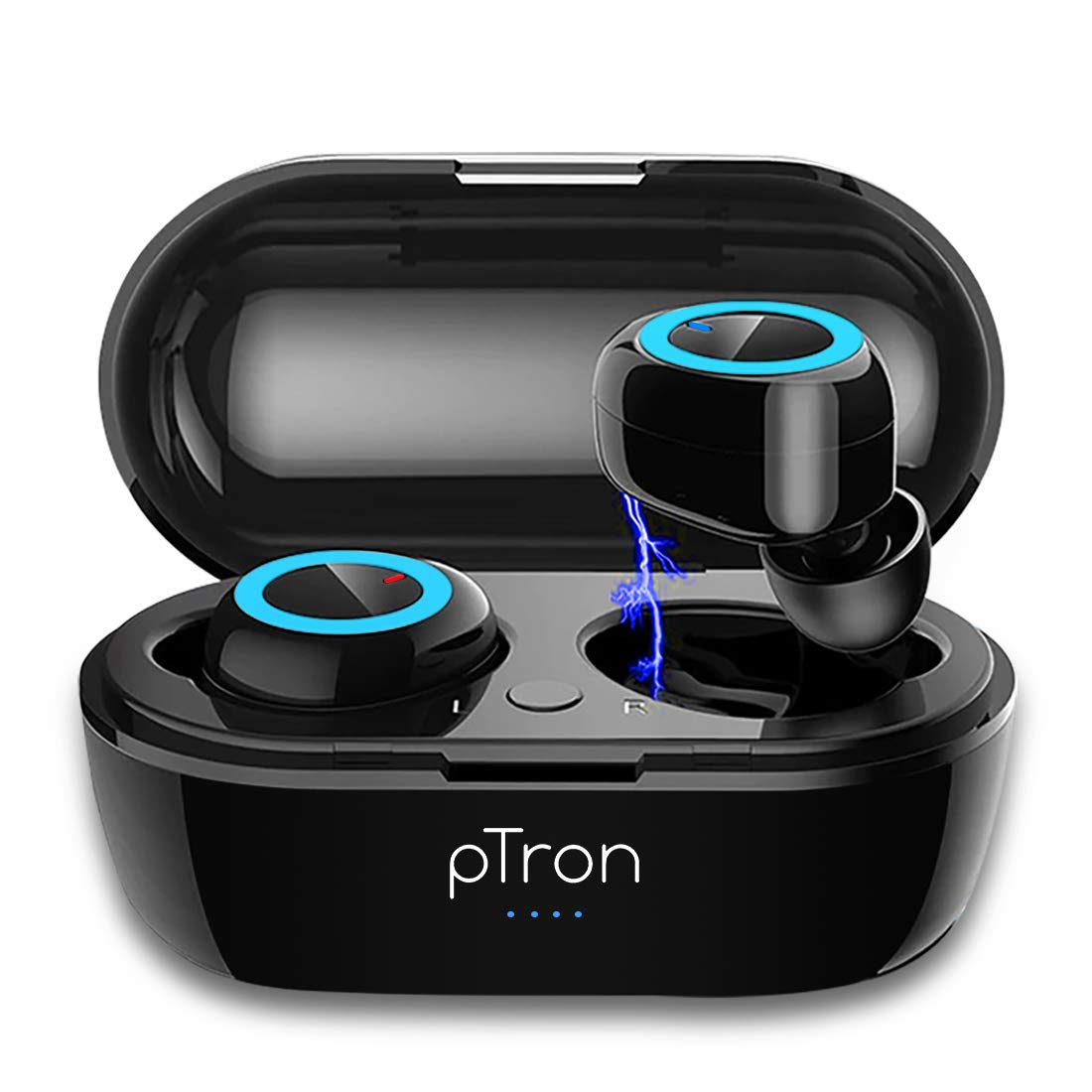 The pTron Bassbuds is a very cheap and durable earbud. It costs just ₹ 999 on Amazon. And if your budget is not very high then you can buy this earbud. It is a light weight earbud and its battery also lasts for a long time. So you do not have to worry about running out of batteries.

It takes about one and a half hours to charge, and once full charged, you can use it for 5 hours. Its standby time is 100 hours, which is considered quite high at the price of ₹ 999.

It is available in two colors, black and white. The specification of both is same. It depends on which color you like, black or white. 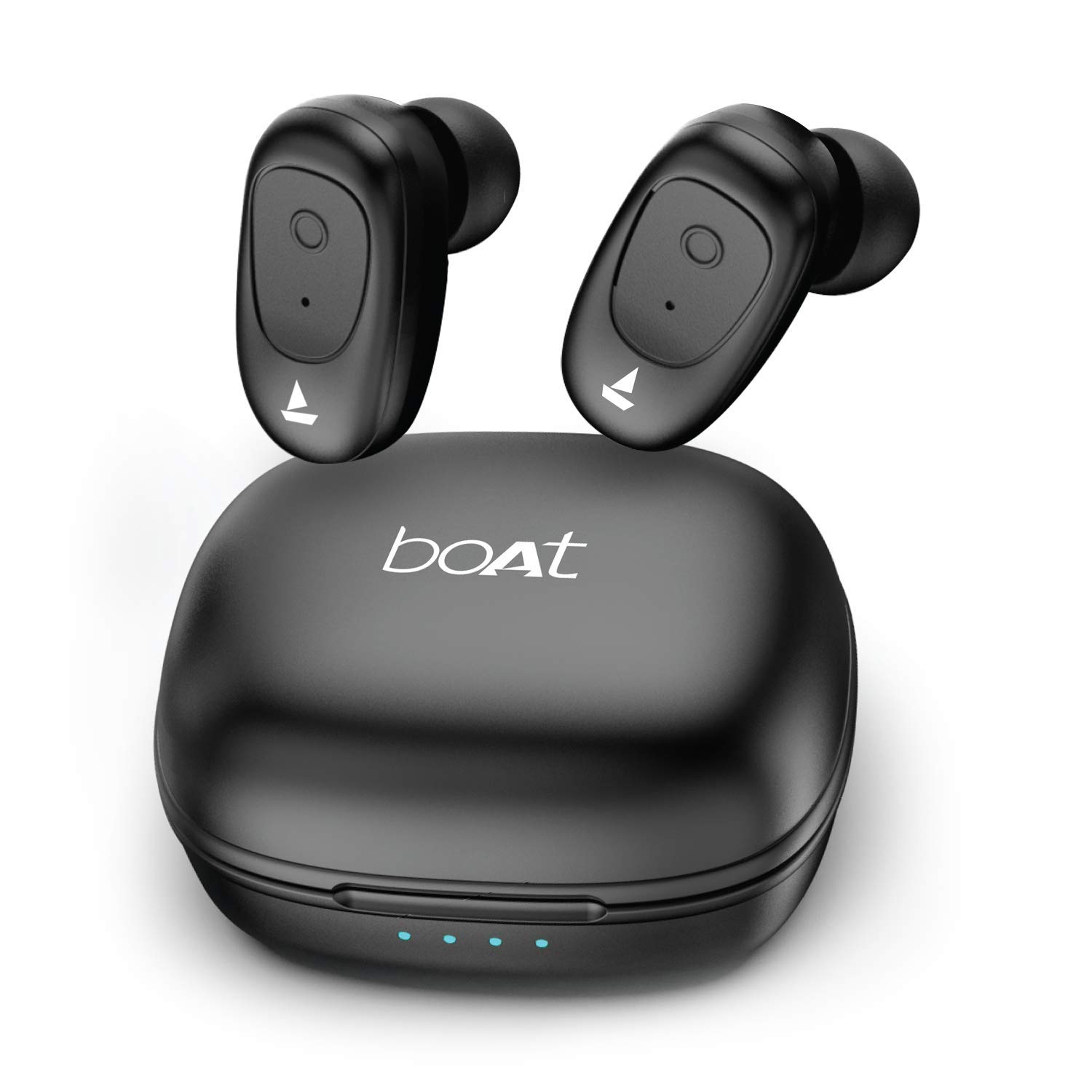 boAt is a good company whose products are very good. boAt Airpods 201 is one of the best earbuds. It costs around ₹ 2000. It has many features that attract you and its look is also very attractive. If you want to get good quality earbuds for a low price, then this is a wonderful option.

And once charged can last for about 12 hours, which in itself is a very big thing.

Lithium ion batteries have been used in this, as we also see in smartphones. And lithium ion battery lasts a long time. If you want to get a reliable brand product in the top 10 earbuds under 2k in India, then it is best for you. 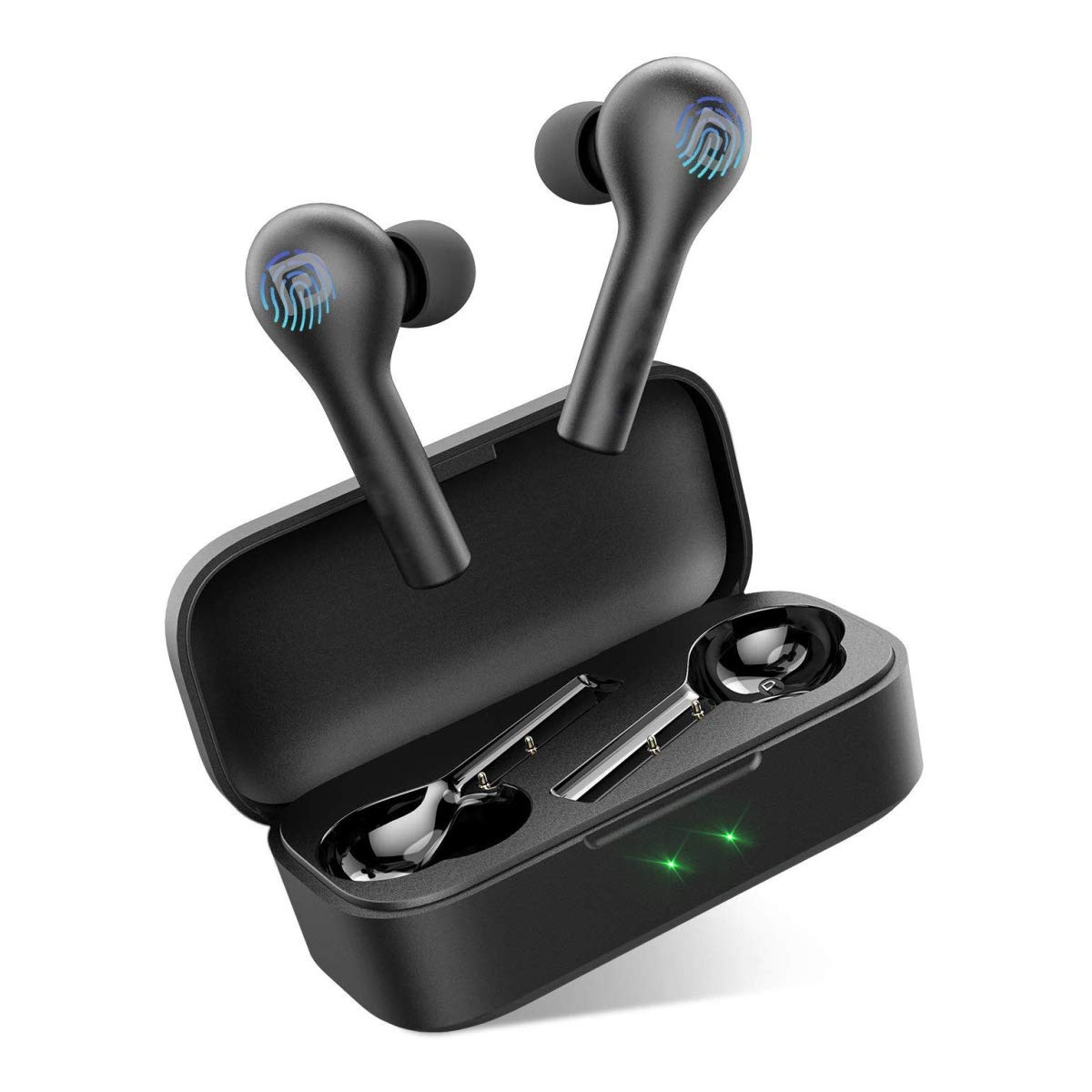 The Portronics Harmonics Twins is a beautiful and very good earbud. The company claims that this earbud can last up to 20 hours. Even if it does not run for 20 hours and lasts for only 15 hours, it will still be a big deal. Because many earbuds that come in three to four thousand, they are not able to provide that much backup.

Talking about its price, it is also equivalent to boAt Airpods 201 for 1999 rupees. Which would be considered very economical. Because at this price we saw that boAt Airpods 201 is giving only 12 hours backup. 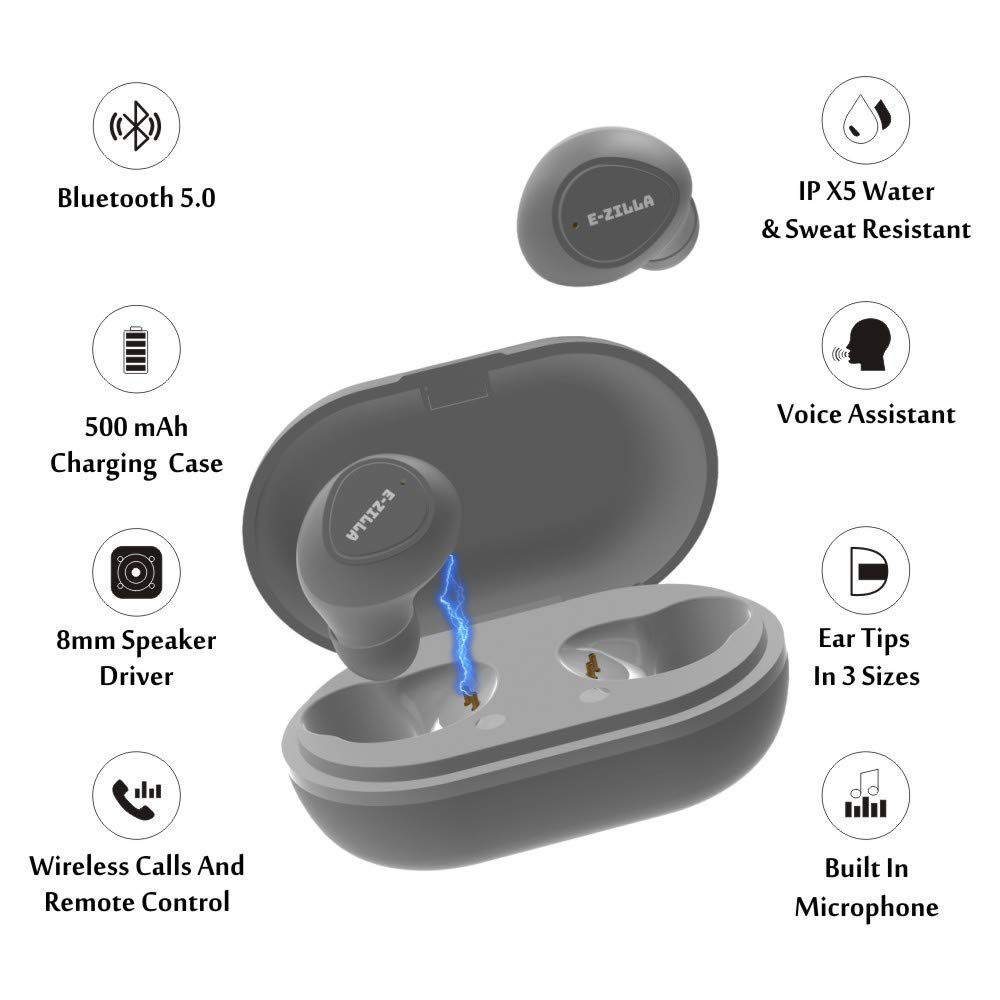 The E-Zilla Sonic Zilla TWS is a stylish and beautiful earbud. It has a powerful battery of 500 mAh, with the help of which it can run for a long time. It takes about 1.5 to 2 hours to charge 0 to 100%.

If you talk about the price then you will get it around ₹ 1000. If you do not have a lot of budget, you can buy it. It will not disappoint you. 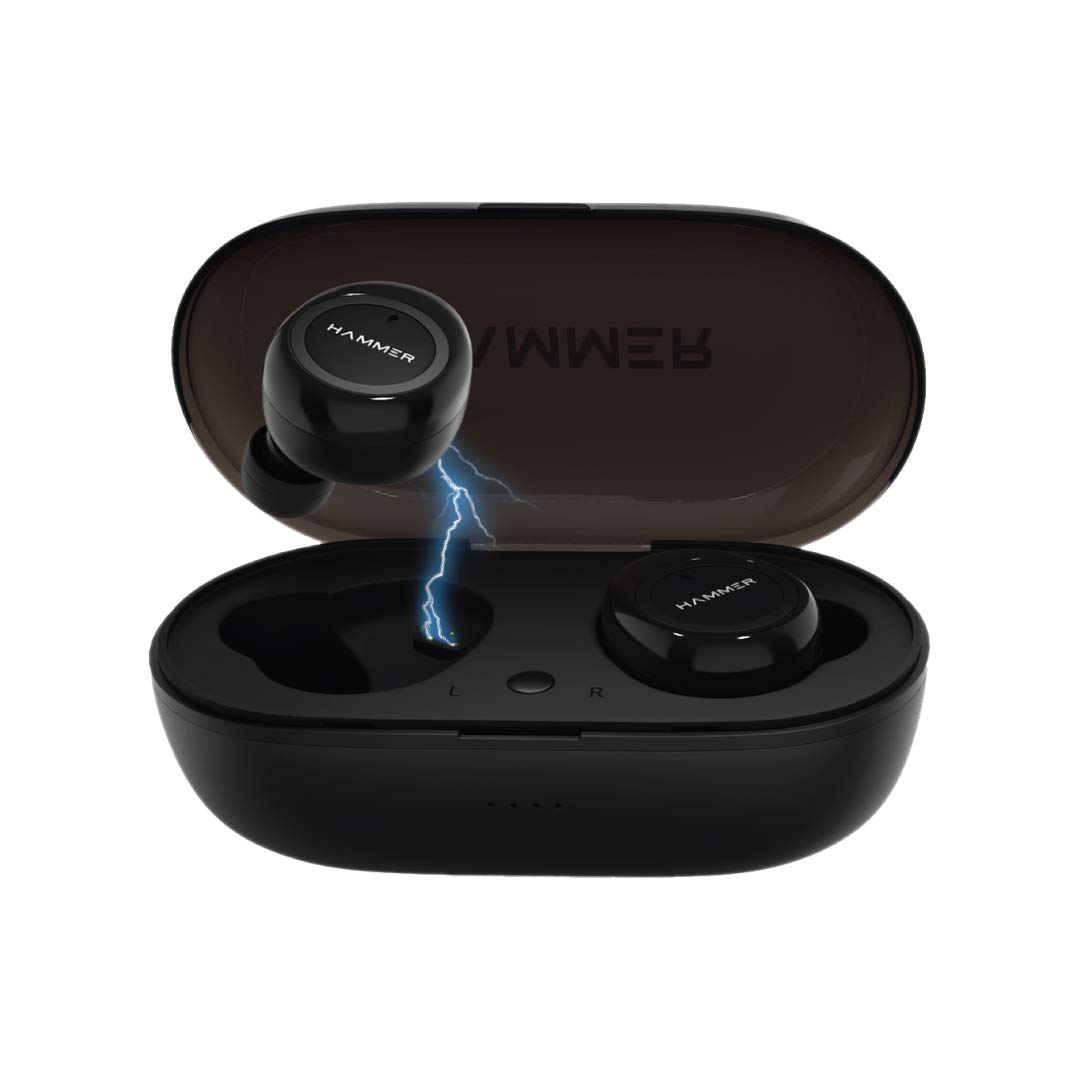 The Hammer AirTouch is a single touch support earbud. It supports the latest Bluetooth version, Bluetooth 5. It also has a built-in mic, with the help of which you can also make calls without removing the mobile.

It has a 400 mAh battery, so that you can use it for 3 to 4 hours only. This is its negative point. It costs ₹ 1800, which may cost you more. Because the battery is given 400 MAH. But due to the touch support given in it, its price is high. 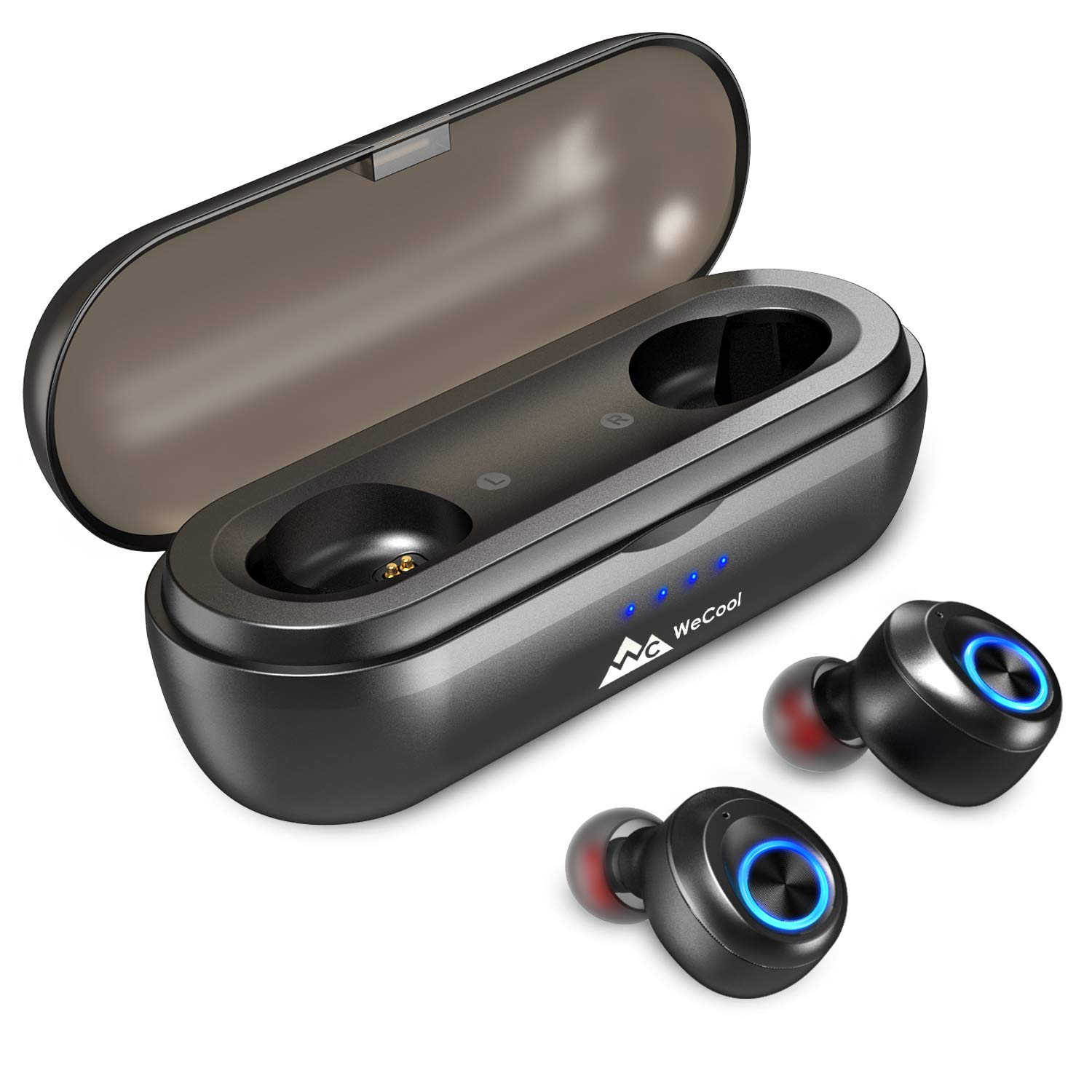 This earbud also has a lot of functions. With the help of which you can do things like play / pause call, receive / reject call. If looked at according to the price, its battery may disappoint you. 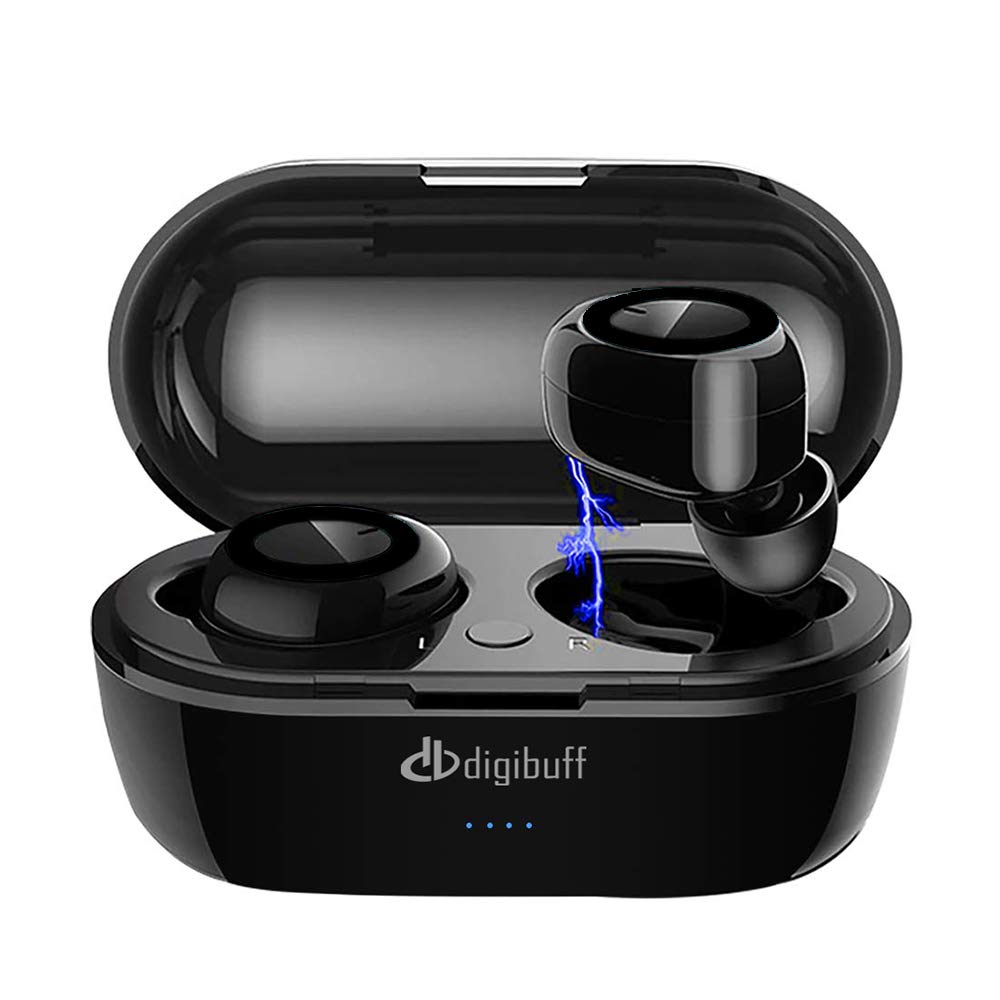 In the list of Top 10 earbuds under 2k in India, Digibuff A2 TWS is a very beautiful and stylish earbud. The sound quality is much better than other earbuds. It also has a 500 MH battery, which lasts for about 3-4 hours.

It also supports Bluetooth version 5, which is a latest Bluetooth technology. In which you also get a lot of security features.

If you want to get a good quality earbuds for a low price, then this earbud is best for you. Because its price is only and only 1000 rupees. You will hardly get such an earbud for the price of Rs 1000. 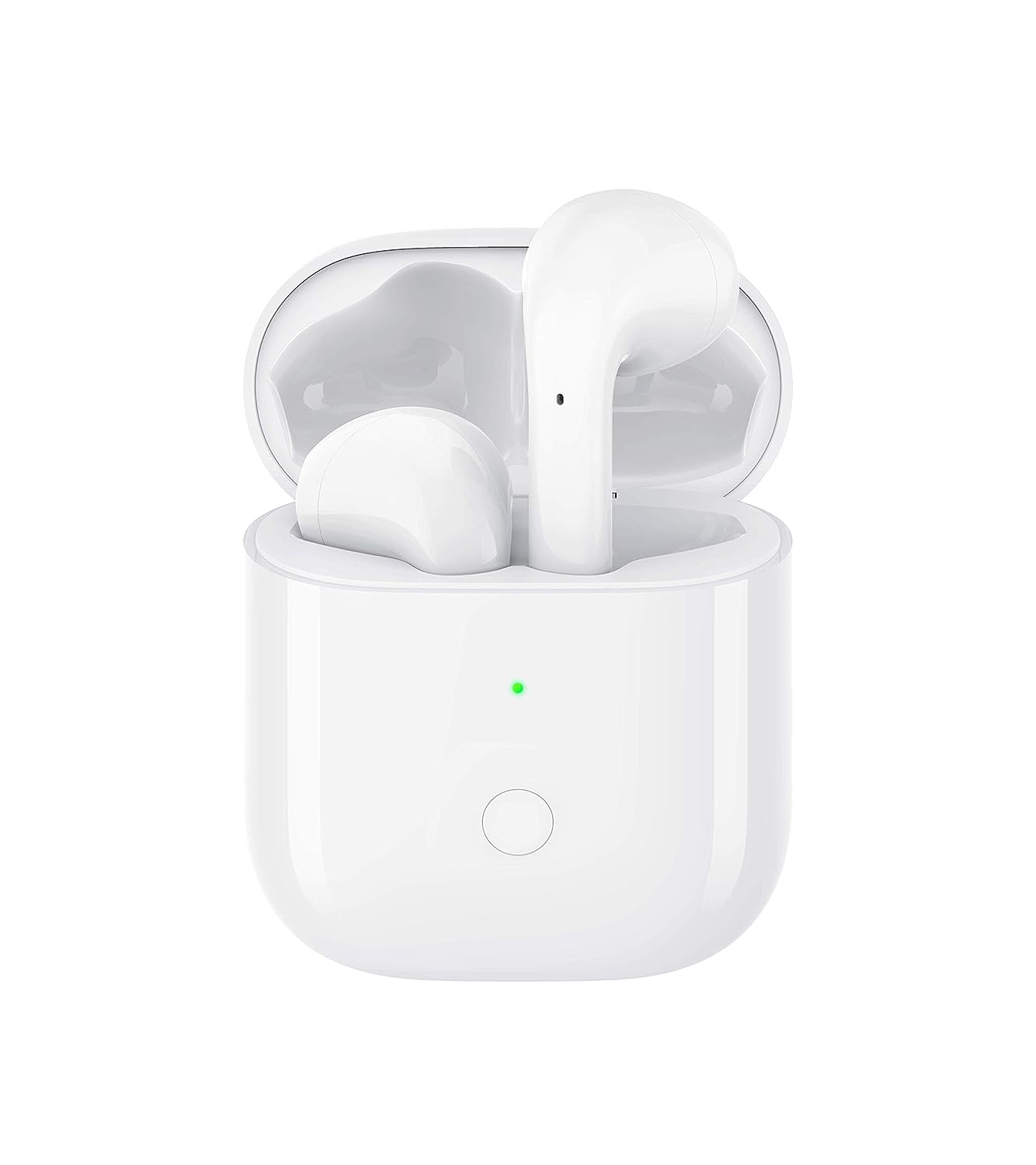 Realme is a sub-brand of Oppo, which is famous in the Indian market for being available within its budget. Realme Buds is priced below ₹ 2000, and gives a tough competition to other famous brands.

It comes in a great combination of black and yellow colors, which gives it a very cute look.

The sound quality of Realme Buds is very good, it has a 10mm speaker driver.

Its battery life is also very good. You can charge it from 0% to 100% in just 10 hours. And if your Realme Buds is charged once, it will give good performance for about 12 hours. 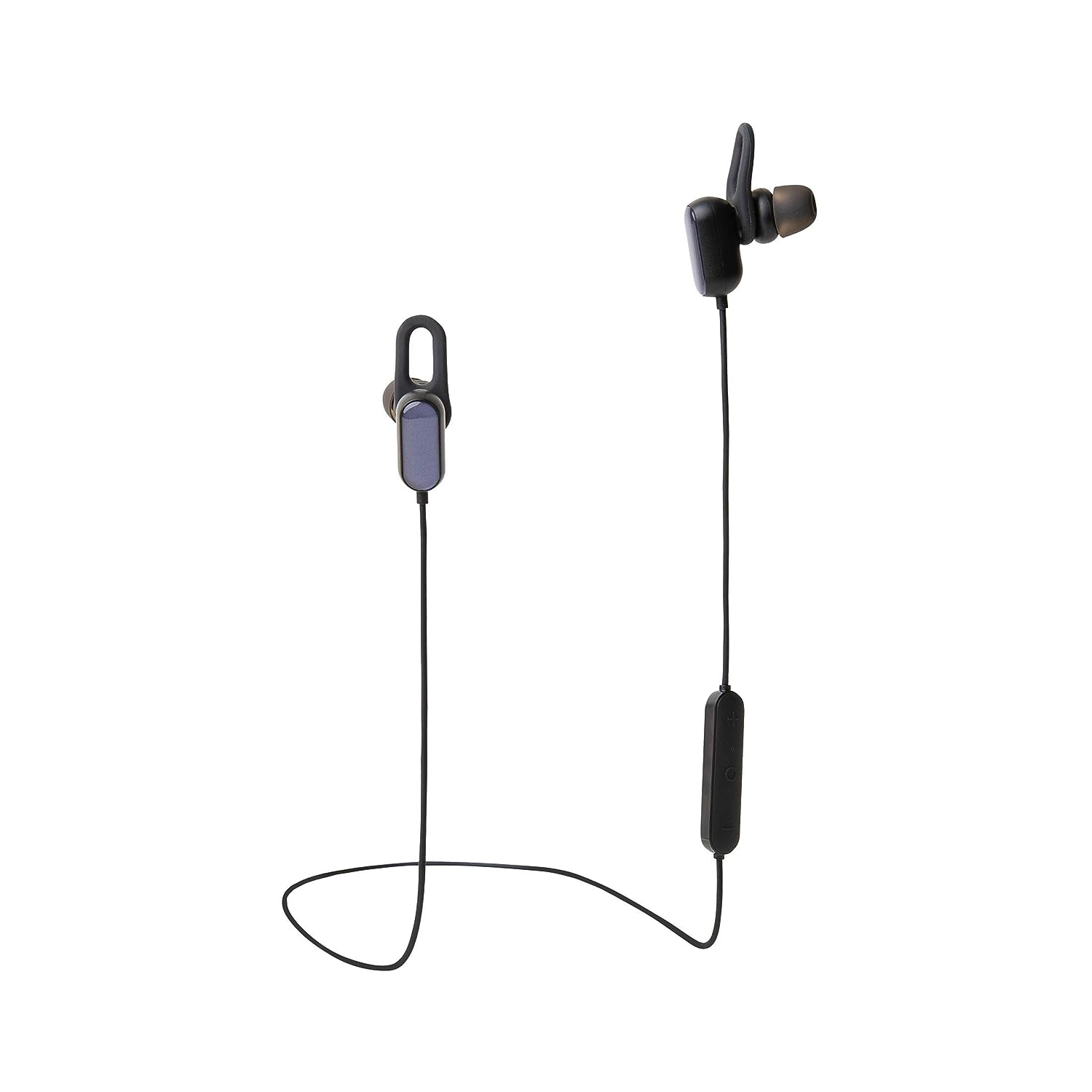 The Mi NeckBand is the first wireless earphone brought by Xiaomi in the Indian market. Like every time Xiaomi has again launched a budget device, which is less than 2000 rupees in price. And if you talk about its battery life, once it is charged, it will work without interruption for about 8 hours. And speaking of the sound quality of Mi NeckBand, it has a 10mm aluminum alloy sound driver, which gives a great sound quality. 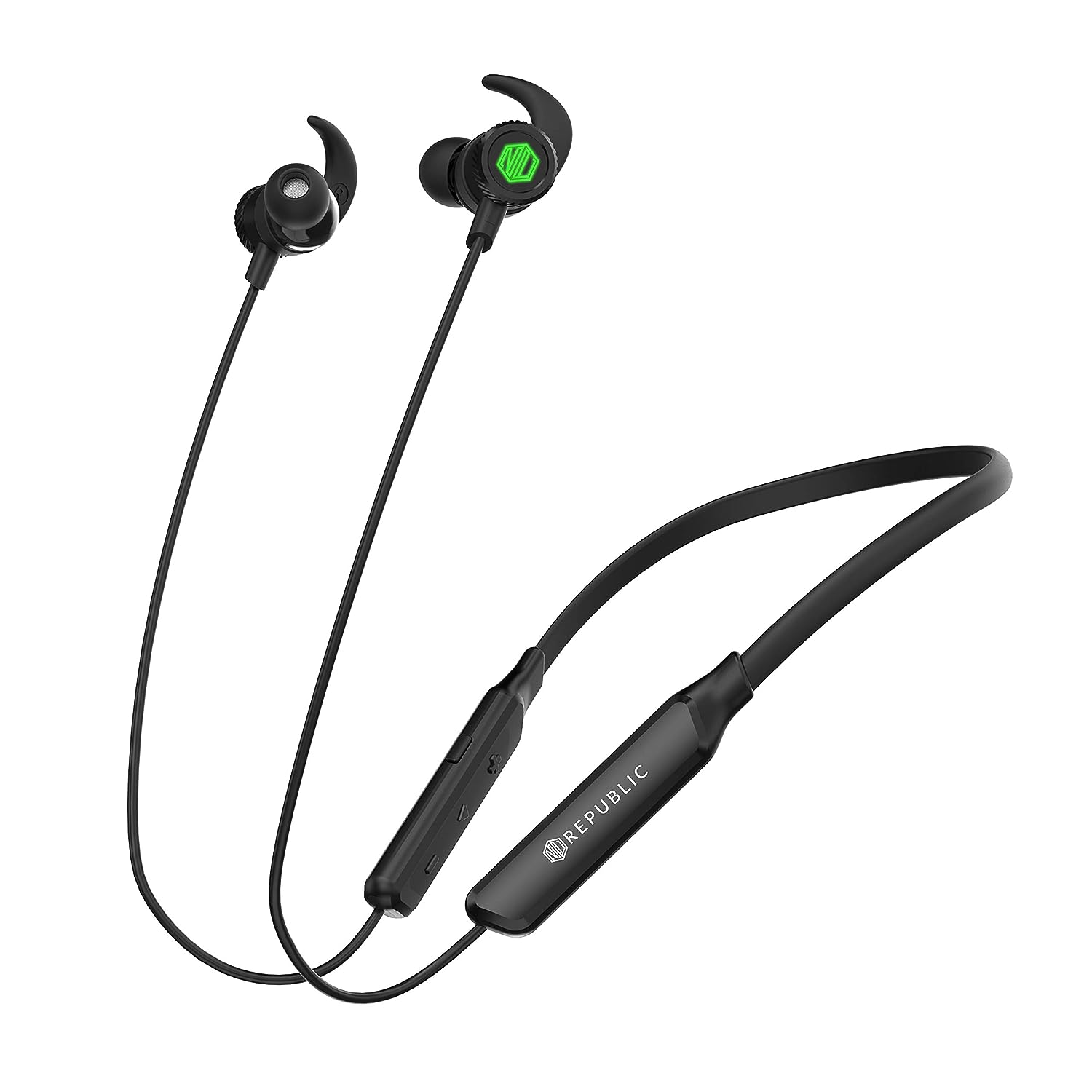 Its price is only 999 rupees, and it is much better than all other earphones and headphones up to Rs 1000 available in the market. And talking about its battery backup, if you charge it once, it will continue to give you continuous service for 10 hours. And together it provides you a full 1 year guarantee.

Hope you liked the list of Top 10 earbuds under 2k in India. This will make it easier for you to buy earbuds within Rs 2000. If you have any question or suggestion, then you must tell about it in the comment. And by sharing it on your social media, please support us.